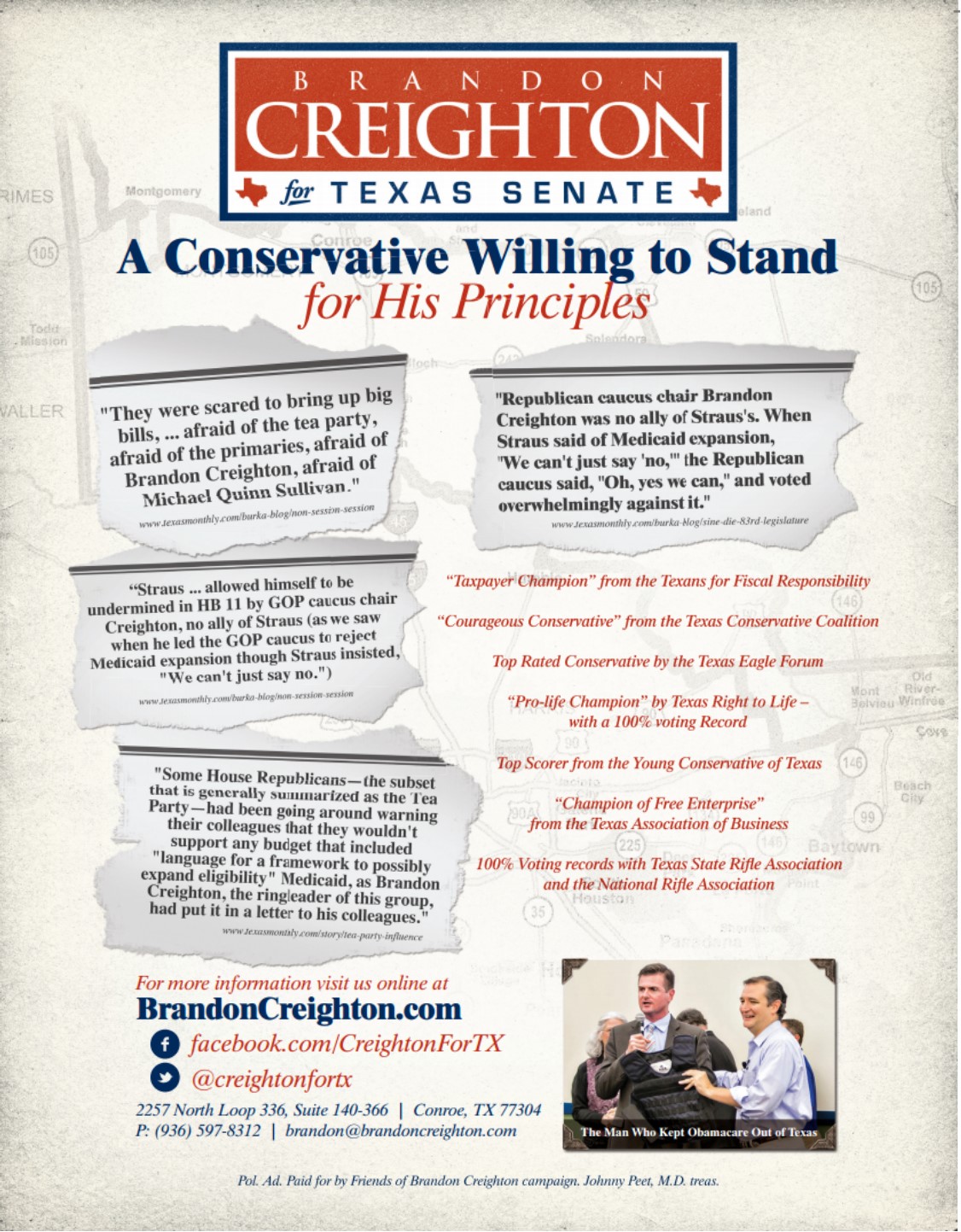 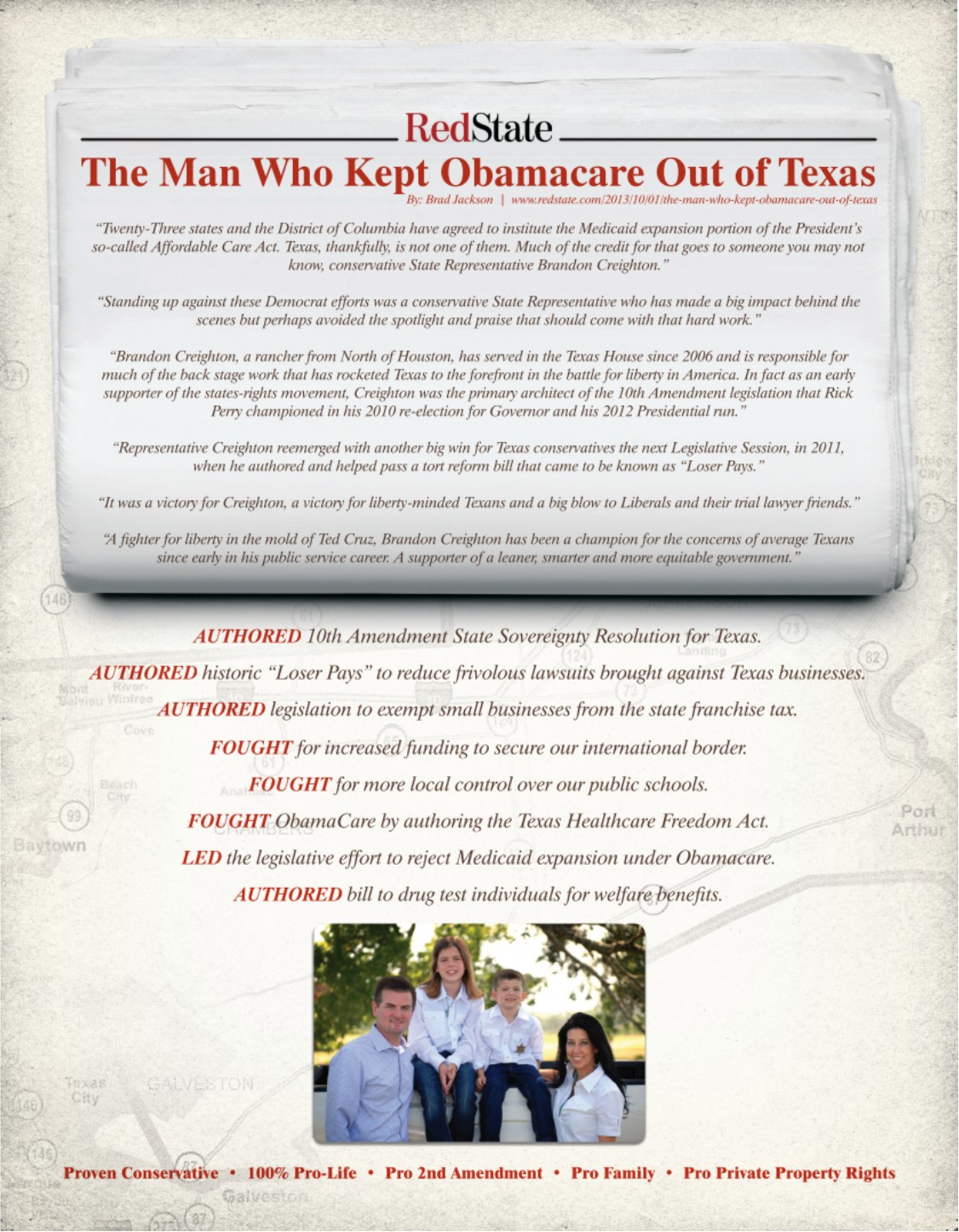 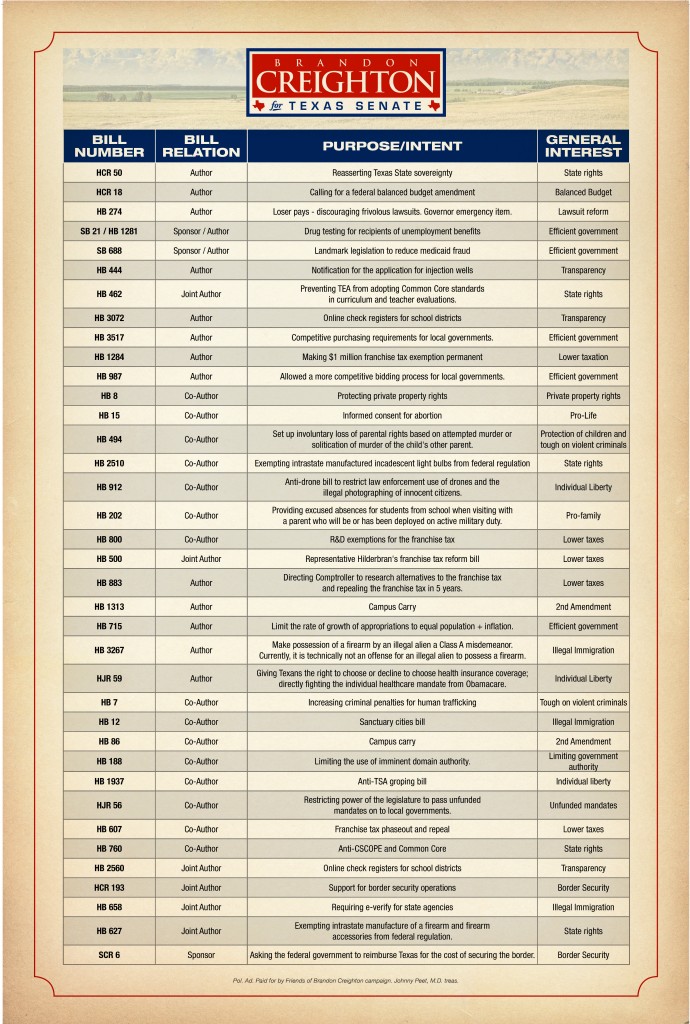 Blocking Expansion of Medicaid under ObamaCare

As Republican governors in New Jersey, Florida, and Arizona folded under pressure and expanded Medicaid as part of ObamaCare’s growth in their states—then Representative Brandon Creighton and Governor Rick Perry took a stand for Texas, inserting a provision in the Texas budget that blocked any similar moves in Texas.

Conservative website, RedState.com, cited that achievement when it called him “The Man Who Kept ObamaCare Out Of Texas.”

Liberal judges and federal courts have struggled mightily to stop welfare reform in Texas, but they met their match in Brandon Creighton who passed the biggest piece of welfare reform in decades over the objections of Democrats and liberal Republicans in the Texas Legislature.

As a result, agencies are putting in place systems under which Texans seeing welfare unemployment benefits will undergo drug screening to ensure that they are not using your tax dollars to fuel an illicit drug habit.

Protecting Our Most Vulnerable, The Unborn

As Chair of the Republican Caucus, Brandon helped lead the fight to pass HB 2, legislation that prohibits abortions after 20 weeks of a pregnancy and increases health standards for Texas women. Brandon also co-authored Texas’ “Sonogram” legislation and the law that created the CHOOSE LIFE license plate.

In addition, Brandon helped lead the effort to remove de-fund Planned Parenthood because Brandon believes wanted to ensure tax dollars are not used to pay for abortions.