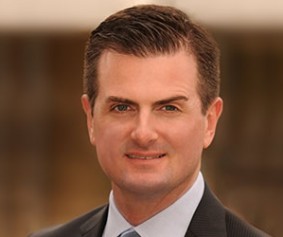 Brandon has proudly served Senate District 4, since his overwhelming victory in a special election in August of 2014. Working for the people of Southeast Texas is Brandon’s most important duty, and during his time in the Texas Capitol, Creighton has ably represented the interests of a district spanning Harris, Chambers, Jefferson, and most of Montgomery and Galveston Counties.

Throughout his time in public service, Brandon has built a solid reputation as a committed conservative, hardworking and effective legislator, and constant advocate for hard working Texans. During his time representing House District 16 in the Texas House, Brandon earned the respect of his peers who elected him Chairman of the Texas House Republican Caucus. His passion for state’s rights guaranteed under the Tenth Amendment to the U.S. Constitution earned him the chairmanship of the House Federalism Committee where he monitored the state’s relationship with the federal government and protected Texas’ constitutional rights.

Since being elected to the Texas Senate, Brandon has served on the most active committees including State Affairs, Water & Rural Affairs and Business and Commerce. In January of 2019, Brandon was selected to serve as Chairman of the Senate Committee on Higher Education and the Select Committee on Ports—the only Senator to Chair two committees.

In 2017, Hurricane Harvey devastated large parts of Senate District 4, and Brandon led the way on legislation to rebuild southeast Texas, and ensure that the state is better prepared for future storms. When the bill earned unanimous support in the Texas Senate, Lt. Governor Dan Patrick hailed it as ‘One of the most important bills this body has ever passed for the entire state of Texas and our future.’

Despite his long list of accomplishments, Brandon is the first to tell you that he is just getting started. Leading a purpose driven life is one of the most important values his parents and community instilled in him.

Brandon is an eighth-generation Montgomery County resident, where he resides with his family. Brandon graduated from the University of Texas and earned his Doctor of Jurisprudence from Oklahoma City University School of Law. In his spare time, he enjoys Texas history, sports, and hunting and fishing.

Brandon began his public service in college, when he served as a messenger in the Texas Senate. (Records indicate he is the only Senate Messenger to return as an elected Senator.) After learning the value of hard work on his family ranch outside Conroe and working to put himself through college, he has applied his work ethic to a succession of roles. After serving as a policy advisor in the Texas Senate, he worked for the Attorneys General in both Texas and Oklahoma. Voters in Montgomery County first sent Brandon to the Texas House of Representatives in 2006 where over the course of six years, he served on multiple influential committees.