Texas – not waiting on DC to secure our border 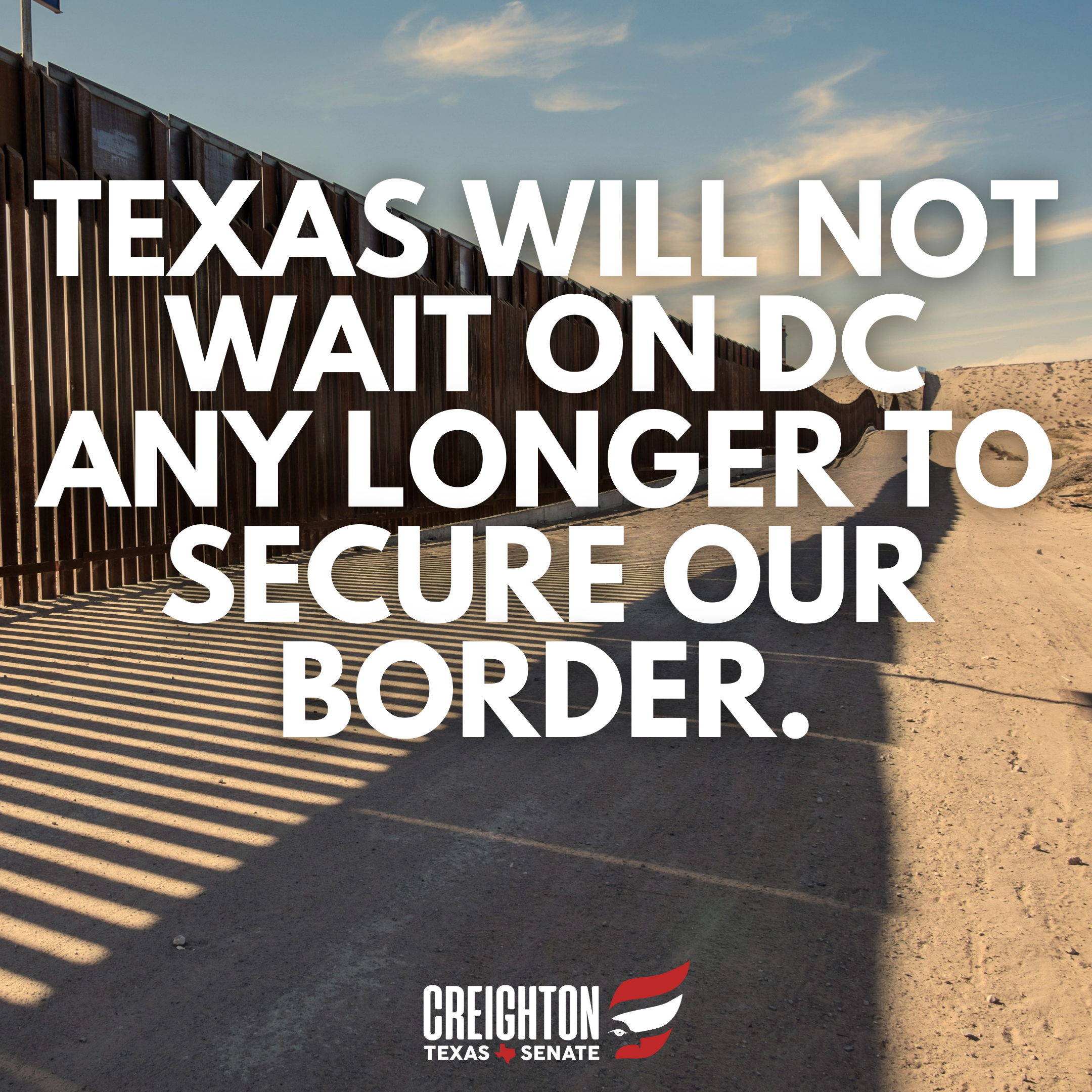 Texas is on track for 1 million illegal crossing apprehensions in 2021. The Biden administration will not do anything other than foster an open border policy regardless of cartel, gang, human trafficking, and public health risks that are unprecedented.

Unlike D.C., Texas doesn’t sit and wait in a swamp of incompetence.

Today, a special called meeting of the Senate Finance Committee heard testimony from border Sheriffs, Texas Department of Public Safety Director McCraw, and Major General Tracy Norris of the Texas National Guard about the crisis at the southern border. The drugs, crime, and gangs don’t stop at the border, they infiltrate our communities, overwhelming public safety and endangering our neighborhoods.

Today’s hearing resulted in the passage of a bill I am coauthoring, Senate Bill 89, a bill that deploys additional appropriations to border security, including:

*As of today, 44 border area counties have been declared as a disaster (both Republican and Democrat counties)