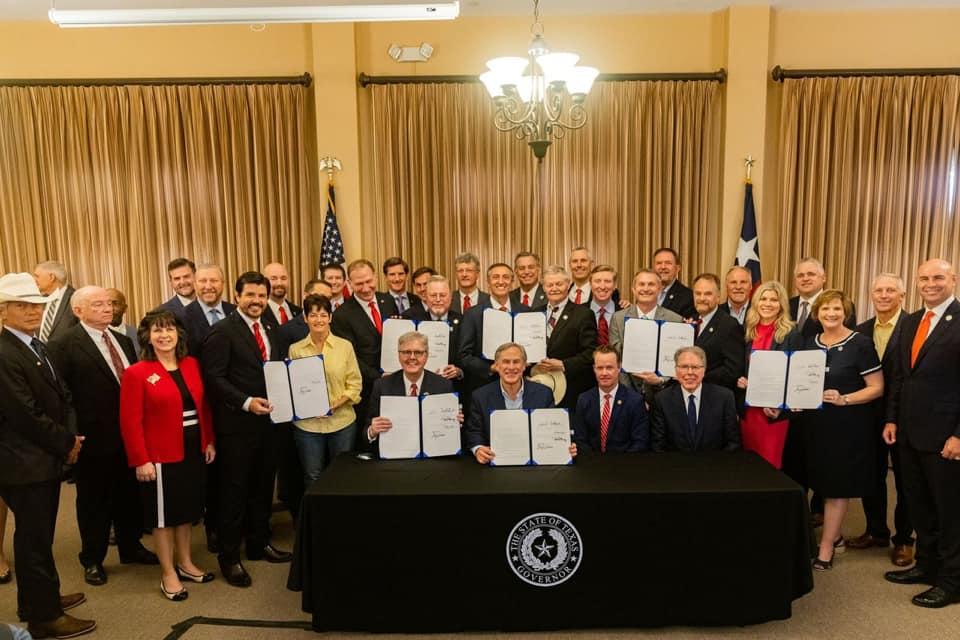 I’m here at the Alamo, the most cherished symbol of freedom and liberty in Texas, where Governor Greg Abbott just signed the most significant 2nd Amendment bills in our state’s history into law. I am a proud co-sponsor of HB 1927, Constitutional Carry, and I carried HB 1500 in the Senate, preventing the government from ever shutting firearm and ammunition stores during a disaster. There were many more, and that is because the 87th session delivered some of the most conservative wins in a generation. Also special to have my son, Cannon with me today. He loves his guns even more than I do, and the bill signing was a great lesson for him to see how freedoms are never guaranteed and always worth fighting for.

The full list of bills signed into law today:

Senate Bill 19 (Schwertner/Capriglione) prohibits any governmental entity from contracting with any business that discriminates against firearm and ammunition businesses or organizations.

Senate Bill 550 (Springer/Spiller) removes the shoulder or belt holster requirements, allowing Texans to carry firearms in whatever kind of holster they choose.

House Bill 957 (Oliverson/Springer) repeals the criminal offense of possessing, manufacturing, transporting or repairing a firearm silencer. It also ensures that any firearm suppressor manufactured in Texas, and that remains in Texas, will not be subject to federal law or federal regulation.

House Bill 1500 (Hefner/Creighton) prevents any government entity from prohibiting the sale or transportation of firearms or ammunition during a declared disaster or emergency.