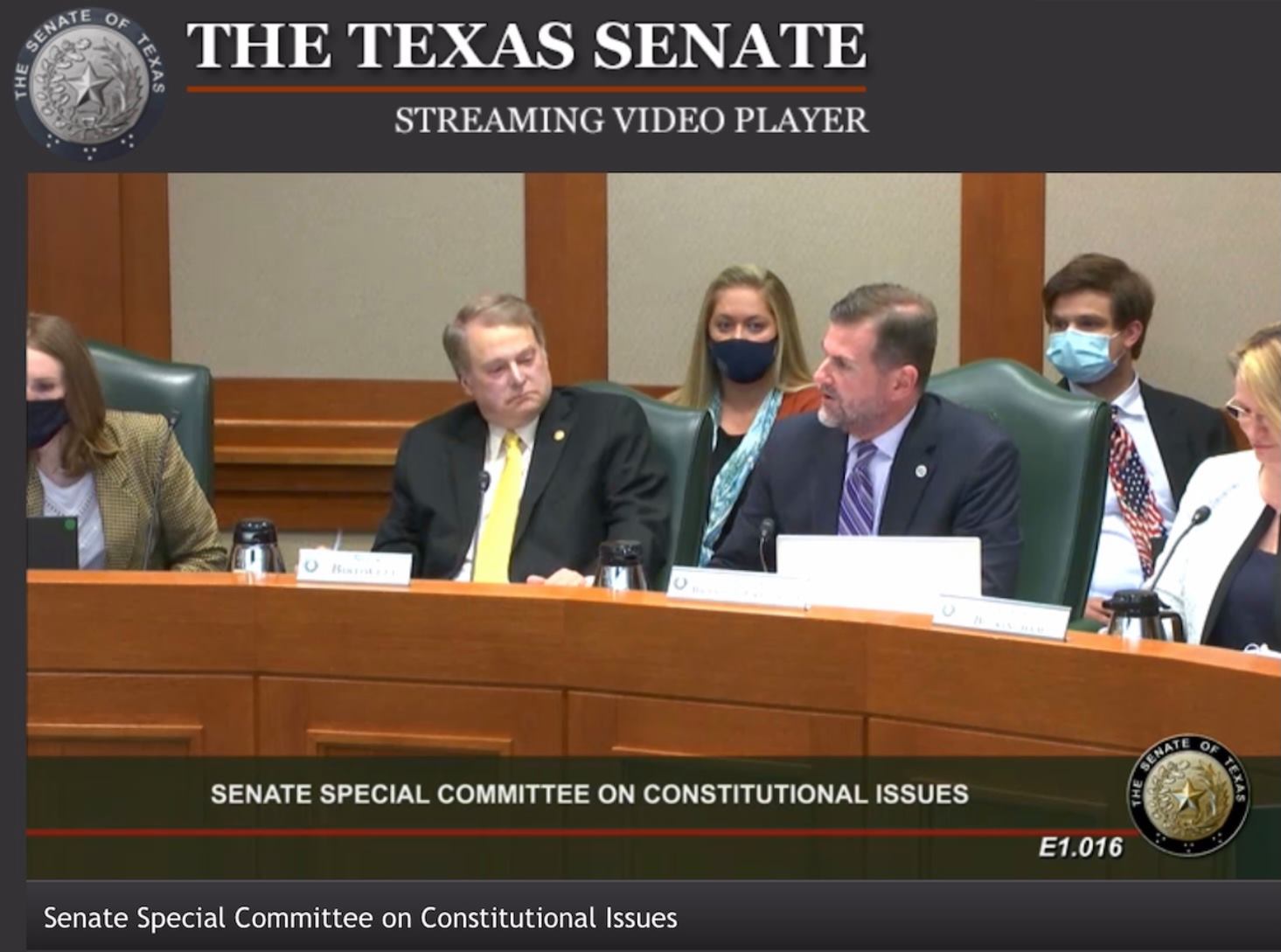 Today, the Texas Senate Committee on Constitutional Issues held a hearing on HB 1927, a bill authorizing constitutional carry in the state. Lieutenant Governor Dan Patrick established this new committee last week, and I was happy to be asked to serve.

I am a strong supporter of the 2nd Amendment and have passed dozens of bills expanding and affirming Texans’ rights to purchase, carry, transport, and bear arms. The U.S. Supreme Court has continuously held that states have the authority to determine the extent to which firearms are regulated, if at all.

Currently, 19 other states have constitutional carry — which means Texans are denied constitutional rights that millions of our fellow citizens are afforded. The bill that we considered today is long overdue. That was only reinforced by the hundreds of Texans who came to testify in favor of the bill. I especially want to thank Sheriff Hawthorne and Texas law enforcement who have come to the Capitol today to provide input on this legislation. We also heard from members of the military, single mothers, heroes who saved lives in Sutherland Springs, crime and domestic violence survivors, and hundreds of everyday citizens.

I want to thank Rep. Matt Schaefer, Speaker Dade Phelan, and Senator Dr. Charles Schwertner for advancing this bill. This week, Governor Greg Abbott committed to signing this bill into law if passed. For those of us who have been advocating for constitutional carry in Texas, today’s hearing was a giant step forward.

There are still several more steps to get this bill across the finish line, and I look forward to debate and consideration on the Senate floor.