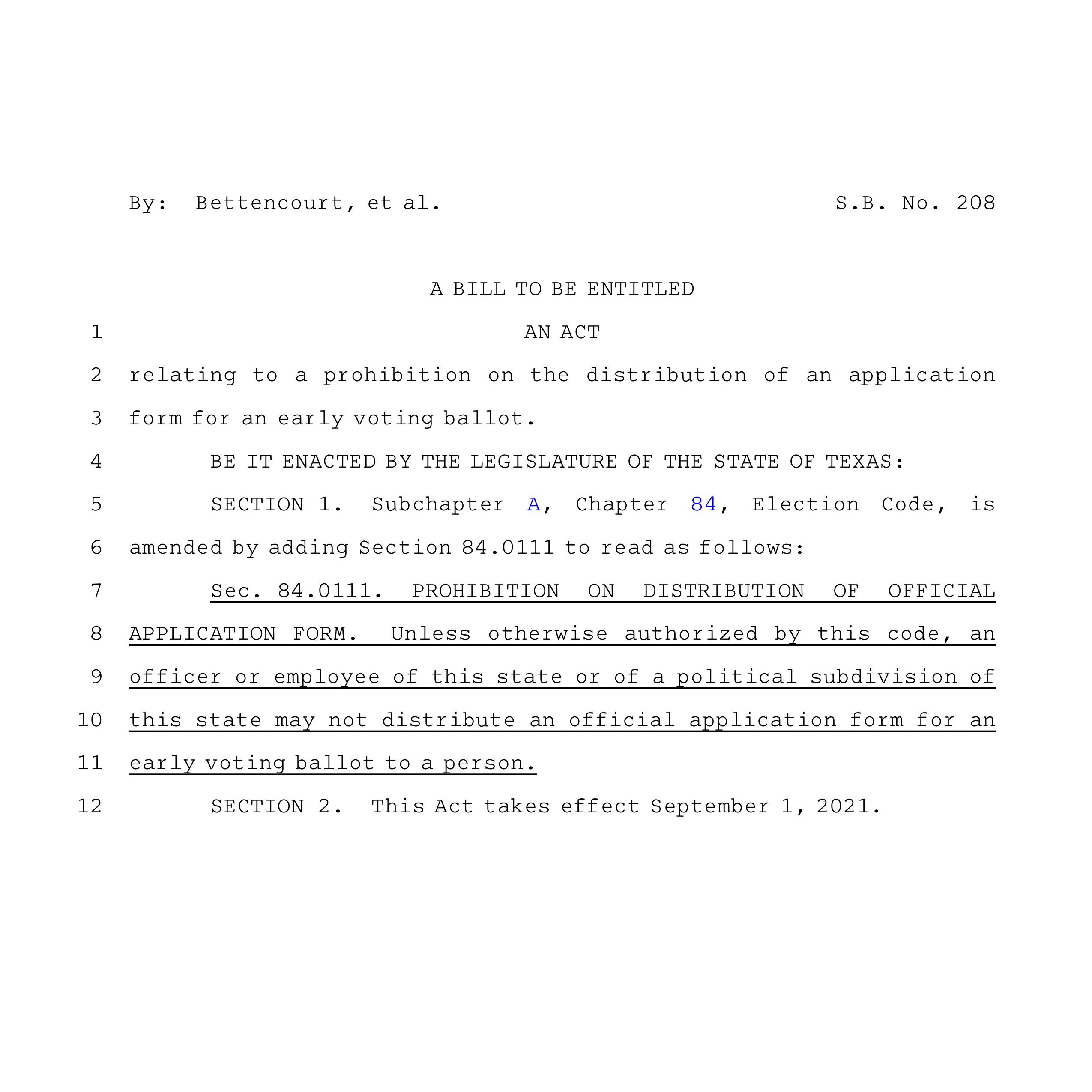 More than ever, Texans have realized that elections are governed by our work at the Texas Capitol. Not Washington. Many of the bills we rejected over the past few years have helped Texas to hold the line against wide-scale fraud during this election cycle. There is more to do.

Earlier this year during the Texas GOP convention, citizens from across Texas named election integrity as their top legislative priority for the upcoming 87th session. What we’ve all seen unfold during the presidential election has served to increase the importance of passing laws that help make Texas elections more transparent and secure.

A bill that my Texas Republican colleagues and I pre-filed Bill: SB 208 reinforces current state law requiring mail-in ballots to only be sent to voters who request them. The state of Wisconsin understood this was so fundamental to election integrity that they placed it in their state constitution years ago. We will see if Wisconsin enforces these provisions. Texas state lawmakers have done their job to ensure election integrity and will continue to do so.