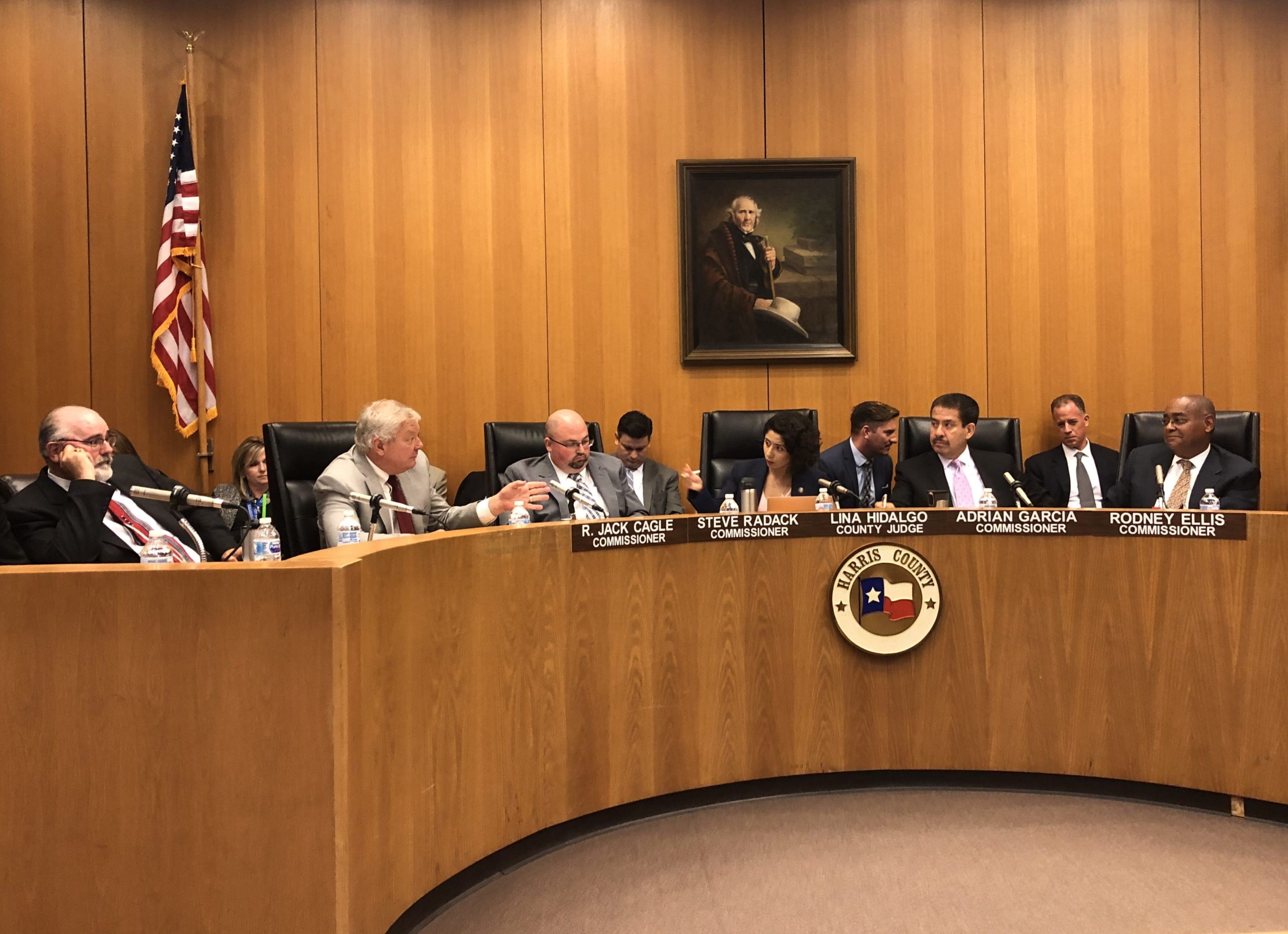 In a 3-2 party-line vote, the Harris County Commissioners Court has approved an additional $17.171 million for the 2020 elections, ballooning the total cost of the county’s elections administration to an unprecedented $27.7 million for the year. (this entire article is via The Texan)

“That is an unprecedented increase in the budget,” said Commissioner Jack Cagle (R-Precinct 4) who voted against the additional $17.171 million.

Earlier this year, Clerk Diane Trautman, who has since resigned, requested an additional $12 million for elections, partly to fund a plan to send mail ballots to every voter in the county.

In May, however, Attorney General Ken Paxton issued an advisory clarifying that state law only allows mail ballots for those over age 65, or actually ill or incapacitated; an interpretation affirmed by the Supreme Court of Texas. Paxton also warned that “third parties” advising voters to apply for a ballot by mail illegally could be prosecuted for election fraud.

Hollins’ plan will not automatically send ballots, but instead send mail ballot applications to every one of Harris County’s estimated 2.4 million registered voters.

“I think we all know by now that voting by mail is the safest and most convenient way to vote,” Hollins told commissioners.

Hollins added that along with the applications, voters would receive an insert explaining who is eligible under state law, but that he was still working with the county attorney to approve the language.

Commissioner Rodney Ellis (D-Pct. 1) added, “[Voters] would have to make the decision on whether or not they qualify.”

The election plan will also provide ten drive-thru voting locations, five of which are to be located in Ellis’ precinct.

Hollins explained that although state law only allows for the drop off of mail ballots on election day, Governor Greg Abbott has suspended portions of the election code and now mail ballots may be dropped off any time after they are completed.

The governor has not suspended requirements for mail ballot drop off to take place at staffed county clerk’s offices, however. Hollins said there are currently 11 locations around the county with a twelfth to open soon, but he asked commissioners to consider opening more offices with personnel for county clerk functions, which would also increase the number of legal ballot drop-off locations.

Commissioner Steve Radack (R-Pct. 3) questioned Hollins about the number of voters and polling locations in each precinct.

With the least number of voters at 500,000, Commissioner Adrian Garcia’s (D) Precinct 2 will have 28 Early Voting locations and 192 polling sites on Election Day.

“Why is it so weighted towards Precinct 1?” asked Radack.

Hollins defended the allocations as based on the large voting centers at NRG Arena and Toyota Center located within Precinct 1, where he said many voters work. He said extra locations in Precinct 1 were justified since voters may now vote at any county location.

Radack said the way the numbers were weighted was “disturbing” to him.

Most of the $17 million will be eligible for reimbursement under the county’s $146 million CARES Act allotment, but Commissioner Steve Radack (R-Pct. 3) expressed concern over how much of those federal tax dollars might be left to help the county cope with ongoing economic and health challenges presented by COVID-19.

With the approach of Hurricane Laura, Radack noted that necessary evacuations and sheltering requirements could lead to a new surge in COVID-19 cases, which would further require CARES Act funds to mitigate.

Of the $146 million, Budget Management Executive Director David Berry said there was about $147 million remaining, but commissioners voted Tuesday to allocate another $47 million of the remaining funds.

Commissioners also approved a salary range for the to-be-hired Elections Administrator of between $150,000 and $200,000 with a monthly car allowance of between $400 and $500.

Additionally, in a 3-2 party-line vote, commissioners approved an agenda item authorizing County Judge Lina Hidalgo (D) to execute an agreement with “The Black Sheep Agency, LLC to promote public outreach by the Communications and Voter Outreach Division for the November 3, 2020 Election.”

The county, however, has not yet released any details of this agreement with the controversial group tied to left-wing causes, citing an exemption “from public release prior to the Commissioners Court meeting because it is deemed confidential.”

Hollins’ S.A.F.E. plan for “Safe, Secure, Accessible, Fair, and Efficient” elections, includes a promise to increase outreach to “voters and groups traditionally left out of the democratic process.”

Formerly vice chairman of finance for the Texas Democrat Party, interim clerk Chris Hollins was appointed by commissioners in a 3-2 vote this May after Trautman resigned citing health concerns.

Elected in 2018, Trautman’s administration was heavily criticized for reporting delays and allegations of irregularities.

Voters will have the opportunity to choose a new clerk in the November 2020 general elections, with Democrat Teneshia Hudspeth facing off against Republican Stan Stanart, who served as clerk from 2011 to 2018.

UPDATE: After learning of the Harris County plan, state Senator Paul Bettencourt (R-Houston) said even with the influx of federal money, which “is all taxpayer monies,” the massive election spending would not be “sustainable without raising the property tax rate for the next set of elections in 2022 and beyond.”  Bettencourt also expressed concern over Hollins’ statement that his office would not be verifying responses to the expanded absentee ballot by mail applications.

The Senator said he would be seeking a legal opinion from state authorities and will consider crafting legislation to stop what he called overreach by Hollins and Harris County.